Hello everyone it’s Soheil here again with the Nerd News! This weeks news is mainly gaming news. After we are tweet that Nintendo sent out on Wednesday January 10, We […]

Here is what was announced:

Mario Tennis Aces: A new Mario Tennis game is bringing a new level of skill and competition to Nintendo Switch. Mario steps onto the court in classy tennis garb for intense rallies against a variety of characters in full-blown tennis battles. New wrinkles in tennis gameplay will challenge your ability to read an opponent’s position and stroke to determine which shot will give you the advantage.

The World Ends With You: Final Remix which looks like fun.

Hyrule Warriors: Definitive Edition in this release you get all the DLC characters and also add the Link and Zelda from
breath of the wild!

Donkey Kong Country: Tropical Freeze this is the return of Donkey Kong, Diddy Kong, Dixey Kong return to the Switch with Cranky Kong.

Cyberpunk 2077 is an upcoming role-playing video game developed by CD Projekt Red and published by CD. The awakening of the Twitter has sent Cyberpunk fans went into a tizzy because they were excited to see the account and project is back.

Xbox One adds ‘do not disturb’ mode for distraction-free gaming

So talking about social media have you ever looked at your phone and kept getting notifications while you were doing something on your phone? How about when you’re playing a game and you don’t want people to keep inviting me to play games with them. You know that anti-social life. Well Xbox without a new feature where you can turn your Xbox to do not disturb mode and you are able to ignore people messaging while you’re playing a game which is awesome.

Last bits of News comes from CES 2018. While they lost power at the convention center to the point where they can even see half things that were on the show floor we got some interesting news. It looks like wireless chargers were one of the top things that were announced at CES a lot of companies where pushing QI charging stations for iPhones since the new iPhone X can charge wirelessly. We also saw a really large TV screen which Samsung announced the name as The Wall. The 146 behemoth: 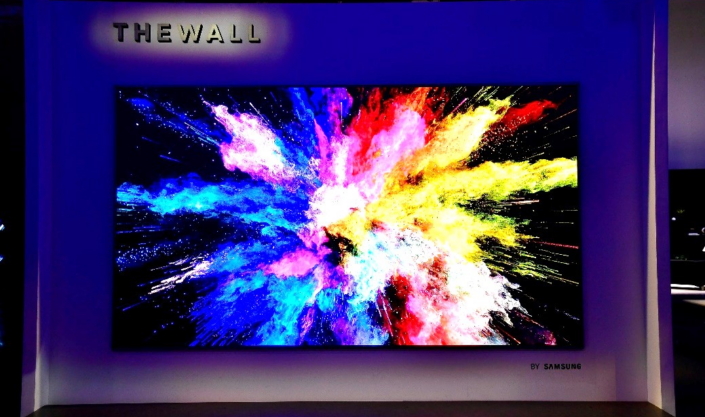 CES also talked about 8K. televisions which is a surprise since many people don’t even have 4K HDR televisions yet. We also saw updates Sony’s Robo Dog Aibo

There was also a lot of other companions CES this year but the one that stood out most us was Sony‘s new update to the dog.

Thanks for Watching/Reading Nerd News this week please subscribe to our channel 🤓🕹 NERD CONFESSIONS 🎙📽. We have a question for everyone today what do you wish was announced at CES?